No, these aren’t authentic. No one lifted them from ancient sites. I’m no Lord Elgin. Originally they were given to my son, but they have been left here for so long that I consider them mine. 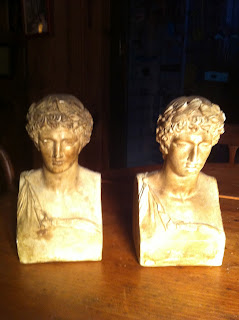 But they have to go. Why? Because I have to start getting rid of some of the thousands of sitters and memorabilia in this special room of mine, known as the Angel Room. It is almost impossible to let go of anything in here, so I figure that most of the stuff will stay until we’re ready to move out of the house. 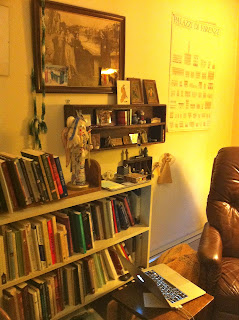 But these Greco-Roman bookends are about to continue their odyssey, back to my son and his daughter, who loves all things Greek and Roman, even to the point of choosing Latin as the language to study in middle school. 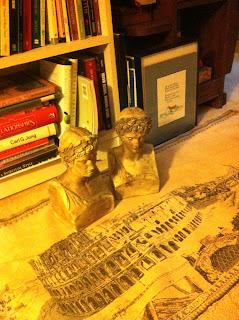 As far as the rug with the Coliseum, I’m not ready to let it go yet. Um, it’s hard enough to part with the bookends.
Posted by It's time to go at 4:44 AM No comments: 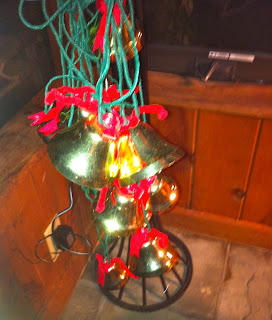 Although she is a minimalist, she only sent me back with a few photos.
Posted by It's time to go at 4:46 AM No comments:

It's time to go