I’m not exactly letting go of this puzzle of the Sistine Chapel, but I’ve decided not to frame it. 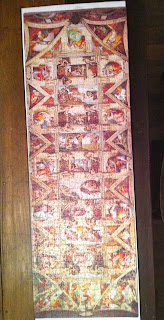 Instead, I am hoping to pass it on to someone reading this blog. The bagged pieces and accompanying print are ready to go. 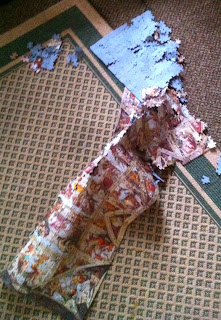 Today we reviewed our finances, or rather, I got another lesson on the subject. My idea is to keep only current bills and statements, whereas my husband likes to save. I have to defer to him on this one; it’s his field of expertise. However, I was delighted that he was willing to let go of a file folder of utility bills dating back to before the year 2000. 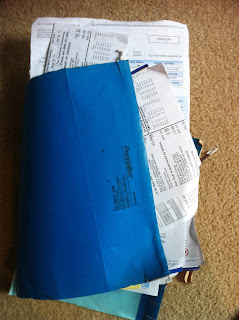 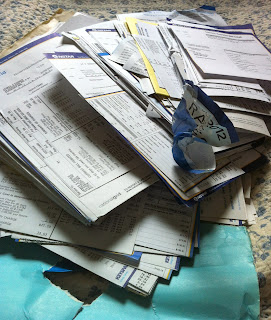 On the other hand, it occurred to me that if we keep them just a little longer, maybe a member of the Ephemera Society of America will want them. Both my husband and I continue to be haunted by those comics of our youth that got tossed away.

Email ThisBlogThis!Share to TwitterShare to FacebookShare to Pinterest
Labels: paper